If both material and nonmaterial entities are things that have no essence at all and are simply nonexistent, discerning prajñā also does not exist. An analogy is fire: the fire that arises from rubbing two sticks together will burn up the sticks and, when they no longer exist, the fire that consumed them will go out on its own.

Similarly, when prajñā has proven that all phenomena—both specifically characterized and generally characterized—do not exist, that prajñā disappears and is luminosity, which has no essence at all. Thus, everything that could be a flaw (such as dullness or agitation) is cleared away.

At this point, mind does not think about anything, it does not grasp at anything. Mindfulness and attentiveness are cast aside. As long as the enemy, or thief, of characterizing or conceptualizing does not arise, rest mind that way.“

Breathing, meditation objects and zazen as an extention of presence.

When practicing 'just sitting' or 'breathing', as in seated zazen meditation, the following is helpful:

Practice becoming aware of the breath as if from inside out. The breath and belly (tantien) being an extension of one's being, "I am". In this way, there is no separation of the object (breath, belly) and subject (beingness).

Normally, we practice watching an object, such as the breath, as if it is a separate object. We practice from the perspective of being the witness of an object. In fact, the witness, object and awareness are all just one, or 'just this' now.

A preliminary may be that of coming to know beingness, I-amness, or one's presence prior to developing concentration or calmness. This is in reverse of the usual order of first focusing on an object and developing calm, and then insight. The reverse approach is the way of the direct path, and paths such as Dzogchen. 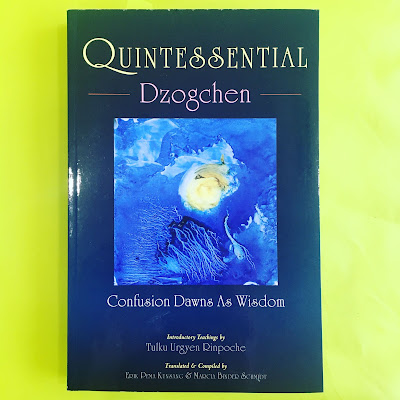